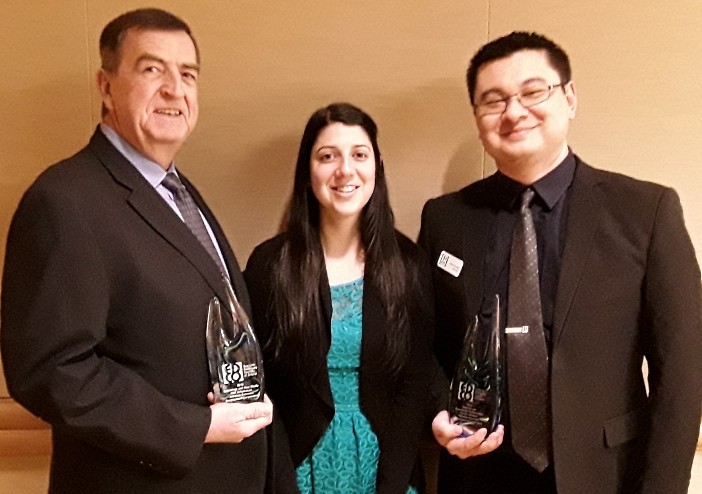 From the Atikokan Progress: The 2016 EDCO awards recognized excellence in the use of technology and new media for the AEDC’s development of the VisitAtikokan.ca tourism website, and outstanding regional and cross-border collaboration for the whole Tourism Atikokan program. (The AEDC also won the latter award in 2014, for its leadership in the creation of the Heart of the Continent Partnership.)

“There were over 400 people at the dinner, and when they saw what we had done [with Tourism Atikokan], they were very impressed,” said Knowles last week. “These are people with tourist organizations that have staffs of thirty. But you have to do it this way in the North – it’s all about collaboration.”

Recognizing that tourism was something of an orphan in the economic development picture here, Knowles and fellow staffer Katie Hannon put together a proposal for Tourism Atikokan in 2015. It called for the development of a new community branding (which was later developed by a Thunder Bay firm, Atikokan… Naturally Wild), and a strong on-line presence that would attract visitors to Atikokan. They then went to the regional tourism organization (Tourism Northern Ontario), the Town, and the AEDC and secured $40,000 in funding.

Since the first website launched in late 2015, VisitAtikokan.ca has reached almost a million people, generated over 300,000 shares, likes, and comments, and drawn over 70,000 video views.

“This is people from all over the world – everywhere but Antarctica,” said Knowles. The awards were presented at EDCO’s 60th annual conference in Toronto February 9.

“Participating in EDCO’s Awards Program holds communities to a higher standard throughout the year,” said Christina Kakaflikas, EDCO 2017 president. “Allowing communities to learn about winning projects and the ability to compare efforts maintains the need for excellence across the province and throughout all economic development initiatives. Helping communities raise their profile, and investment and tourism opportunities is a big part of what EDCO does.”

AEDC’s Garry McKinnon, Katie Hannon and Gord Knowles displaying the two Economic Developers Council of Ontario (EDCO) 2016 Awards of Excellence received for their Tourism Atikokan initiative. The awards were handed out during the EDCO Annual Conference in Toronto, Ontario in February 2017.