Atikokan Entertainment Series Presents: The Harpoonist and the Axe Murderer 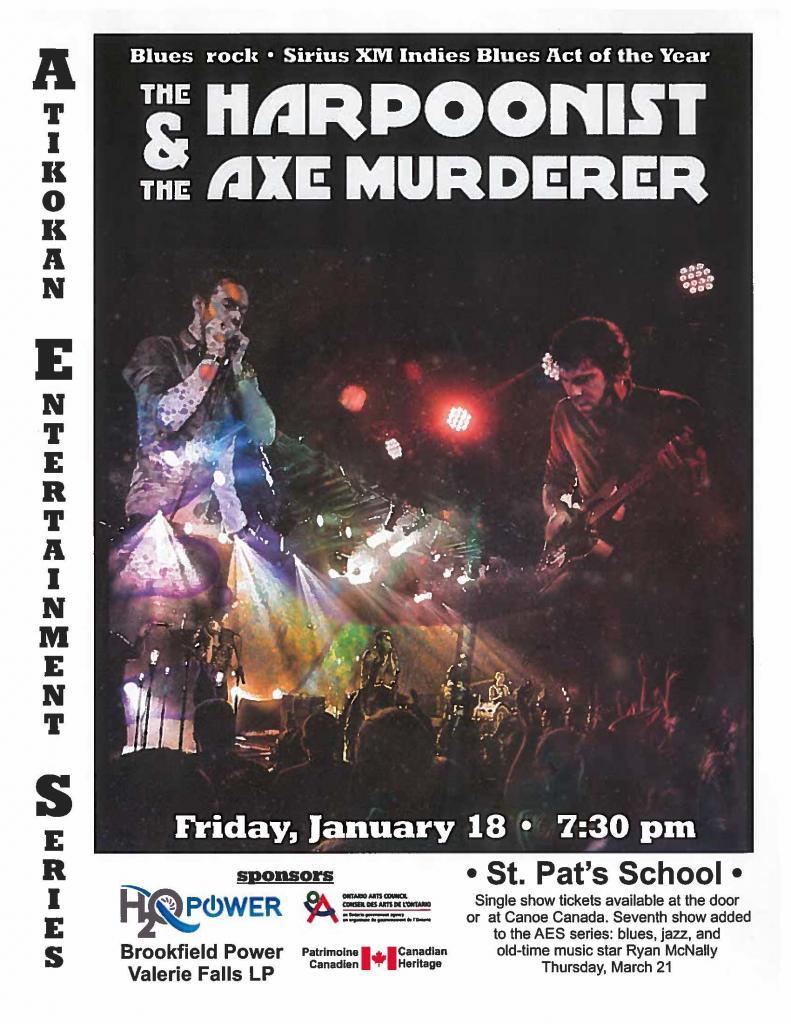 The Harpoonist and The Axe Murderer are relentless touring artists known for their high-energy, sweaty, dance-floor-boogying performances.  They have recetrly toured the UK, EU and USA and have played their fair share of festivals over the years.  Shawn, “The Harpoonist” Hall and Matthew “The Axe Murderer” rogers evoked more than grisly nautical imagery.  The duo play raw and primal blues.  They released their self-titled album in 2008, and another three albums since then, the most recent being Apocalipstick in 2017.  This duo has made some of the most gritty, raw and muddy music north of Mississippi and is definitely a show that cannot be missed.