Press Release: The Economic Developers Council of Ontario (EDCO) recognized excellence in economic development initiatives from Ontario communities February 12.   Hosted at the Hamilton Convention Centre, the 58th annual Awards Gala was the final event of an outstanding three-day conference.  The Gala, in conjunction with the prestigious Presidents’ dinner, gathered over 300 industry leaders who came together to celebrate and recognize the contribution of their peers.

One hundred and twenty-nine award submissions were made for projects commencing in 2014 by communities from across the province.  Among them, Atikokan Economic Development Corporation (AEDC) was recognized for its efforts in the Heart of the Continent and its Geo-tourism site campaign.

“It is a real privilege to honour such deserving communities like Atikokan,” stated Paul Finley, EDCO 2014 President. “Celebrating their achievements, and sharing their success helps promote a higher standard of excellence across the province, resulting in a greater Ontario.“

“We’ve been fortunate to have such strong leadership on both sides of the border, which has made this project very easy to get behind,” said the AEDC’s Gord Knowles. “Both the Heart of the Continent Partnership and its Geo-Tourism project (done in collaboration with National Geographic) embody the types of tourism projects that are viable, sustainable and celebrate the spirit of tourism in our region that we want to foster and grow.” 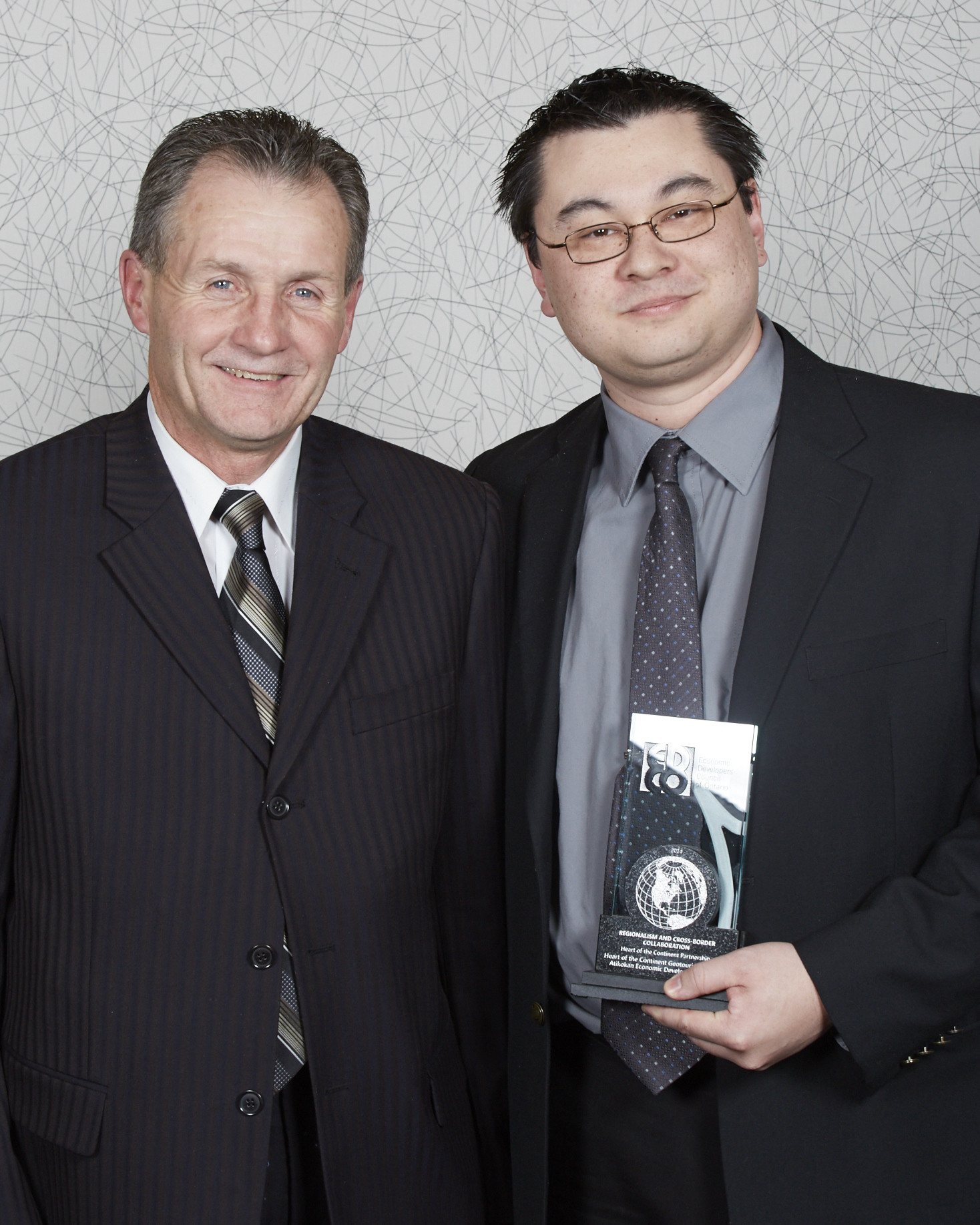 Paul Finley, President of EDCO presents the 2014 EDCO Marketing Award for Regionalism and Cross-Border Collaboration to Gord Knowles of the Atikokan Economic Development Corporation during the EDCO Annual Conference in Hamilton, Ontario in February 2015.