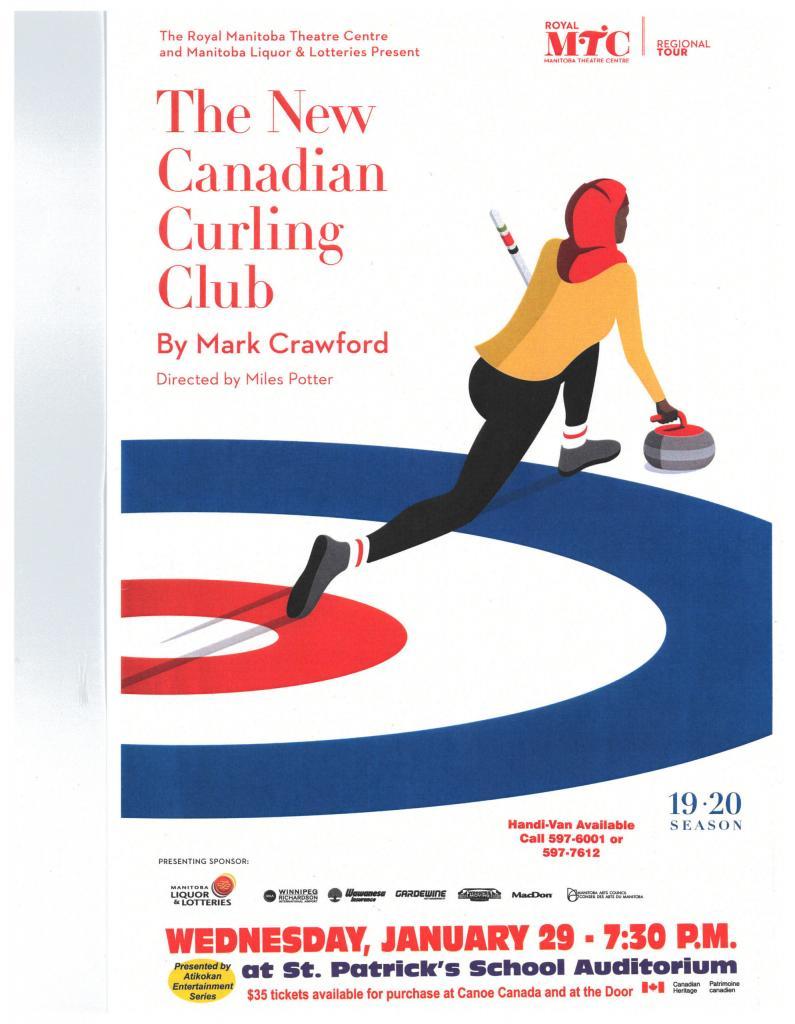 The town is so small it only has one Tim Hortons.  However, community-minded Marlene is determined to “diversify” the curling club.  She enlists four newcomers to learn the game, but when she slips on the ice and breaks her hip, the rink’s icemaker and former champion curler Stuart MacPhail is forced to step in as head coach.  Trouble is, Stuart has some strong opinions about immigrants…What follows is the hilarious and inspiring story of a group of unlikely athletes who face off against local prejudice and become a true team.  Each character has their own story to tell about life off the ice – all while they prepare to compete in the local bonspiel:  the highly coveted Highlander Cup.  Both laugh-out-loud funny and quietly moving, The New Canadian Curling Club is a brand new comedy about immigration, community and national identity – with a hear as big as Canada itself!